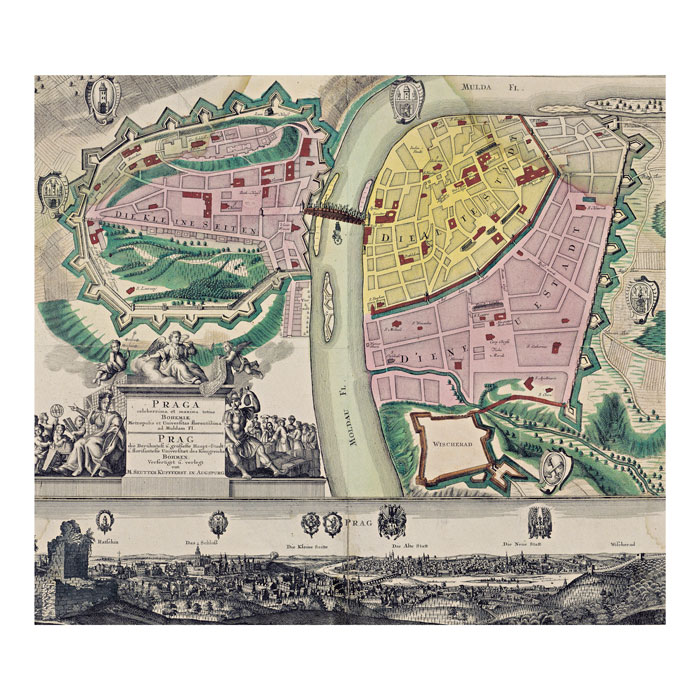 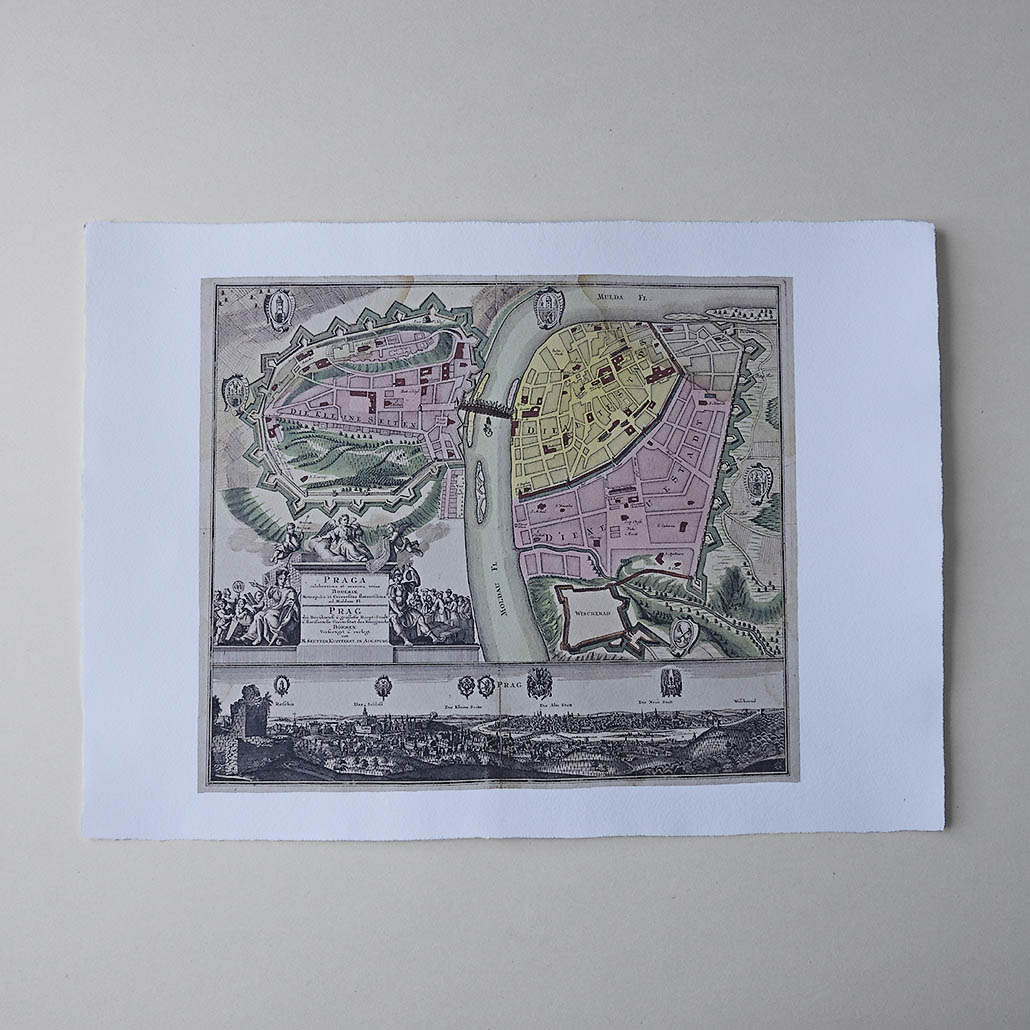 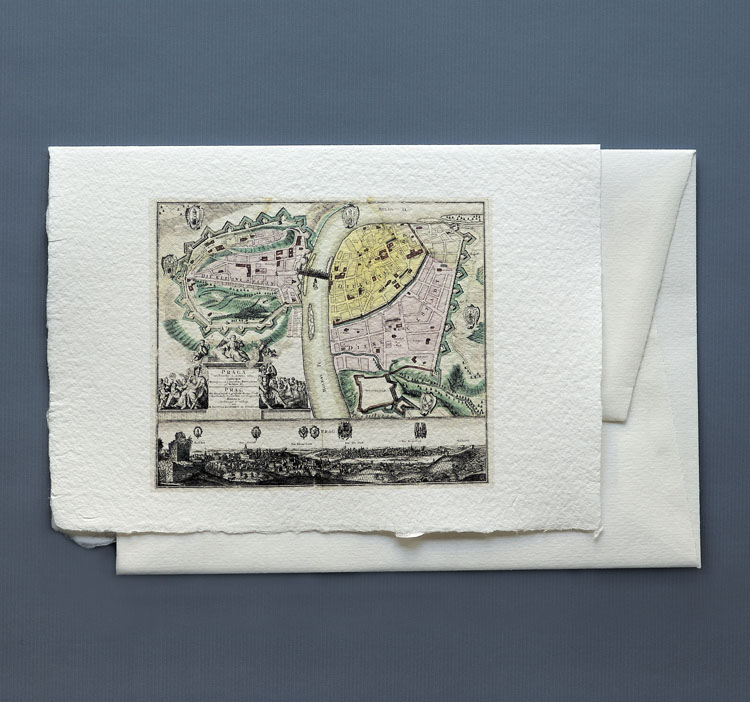 Each sheet of paper is individually produced using traditional, hand-made technique.
Selection of material (100% cotton) and attention to detail garantees unique appearance of each sheet of paper with a minimum life expectancy of 300 years.
The print is treated with UV filter to prevent fading.
Production of paper: Nanograph Mill, Prague
Printing: Atelier Manufactura© Prague

Plan of Prague (Prague the most glorious and the greatest, in all of Bohemia and in the World the Most Puissant upon the River Vltava). Coloured copper-engraving, undated [1st half of the 18th century, cca 1740], with no scale  [as calculated from the map cca 1:10 000], height 490 mm, width 570 mm.Apart from synoptic maps of continents and countries, Seutter also produced city plans.  Among them was the plan of Prague Praga celeberrima et maxima totius Bohemiae metropolis et Universitas florentissima ad Muldam Fl. of the 1st half of the 18th century, included in one of Seutter’s atlases. The plan of Prague is very schematic, the Prague Towns of the Lesser Town, Old Town and New Town are drawn in with Vyšehrad and five unnamed Vltava islands. The built-up areas are depicted as blocks, while important buildings have captions in deep red.  In the plan the author has emphasised the Baroque fortification walls, and set the coats of arms of the towns and Vyšehrad directly into the frame. He has drawn Baroque statues on Charles Bridge over the Vltava. The statue of Jan of Nepomuk shows the saint falling from the bridge.The title of the plan rests on plinth in the form of ancient architecture, surrounded by allegories of wisdom and trade. A vista of Prague after Wenceslas Hollar in the 17th century is to be found in the lower part of the plan.

© Historical Institute of the Academy of Sciences of the CR, Prague, sign. VIII/2/A-3220.

Be the first to review “Seutter, Georg Matthäus – Map of Prague” Cancel reply